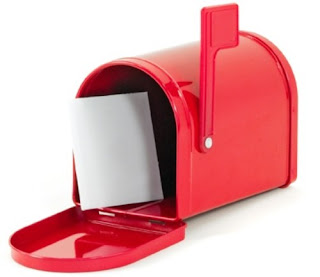 Why is a small schedule impact such a big deal to a writer?

[Remember, keep sending in your questions to chris.brecheen@gmail.com with the subject line "W.A.W. Mailbox" and I will answer each Friday.  I will use your first name ONLY unless you tell me explicitly that you'd like me to use your full name or you would prefer to remain anonymous.  My comment policy also may mean one of your comments ends up in the mailbox. And of course you can ask me why I'm such a slacker.]

Glad you're done with your summer school thing, but I'm confused why it was such a thing. How does a three-day-a-week gig throw such a wrench into the system. Understand I'm asking this not to challenge you, but rather because I've noticed this shit too. I'm doing pretty good about daily writing, someone asks me if I can take on a very small freelance commission for no more than a couple of hours a day, and my writing falls to pieces. Why is it that we add these LITTLE things to our lives[,] like a few days a week and a few hours a day, and suddenly our writing collapses? Shouldn't we still have lots of time left over?

Because there's a meltdown in the sky, M, and writers are living on the edge. (What? That song is 22 years old? Hey....I promised you pop culture references. I didn't say from when. Now sit back down, you whippersnappers! If you're going to be on my lawn, you never EVER say "that joke is older than me.")

I can't generalize all writers, everywhere, for all time, but I can tell you a few things that tend to be true about basically all the writers I've ever met and most of the ones I've read about. We walk an edge. We push our lives into this state of extremely delicate balance. And even though we talk about it like it makes us a special kind of awesome, it's not really always a good thing.

Now, I'm not talking about writers who don't really write. They have about as much time as average folk and can waste it or pick up new commitments accordingly. Some people are very busy, and some waste a lot of time. I'm talking about the writers who write every day (including a lot of household names) whether that daily writing is a stolen half hour with a pencil and a legal pad or a ten hour session that ends with a deep vein thrombosis throwing off a clot into your heart.  (Sorry. I watch a lot of House M.D. reruns when I'm cleaning).  Most of us are pressed right up against our limits, like a woman in a shower scene on Cinemax after dark, so that we can squeeze as much writing in as possible.

You know what happens when you tell someone spinning as many plates as possible to stick one more stick with a spinning plate on it....in their mouth? So sometimes it's better to put down one plate to pick up the other. Since most of us probably aren't spinning a lot of non-urgent plates, the only thing we have to sacrifice is our writing. We might be able to keep a little something going on, but our major efforts are likely stymied. (I wrote every day during the last six weeks, but some days it was little more than my private morning journaling.) I just couldn't keep that plate spinning and trying likely would have been the hull breach that led to total structure integrity failure and caused a warp core breach in my will to live.

Look at this another way. Let's say my life is pretty busy (and most people's are). Let's say I work about forty hours a week, have five or ten hours a week of things I can't get out of, and write about thirty hours a week. That means my typical week is thirty hours more than many other people's lives. Eighty hours a week is also a LOT. I'm roughly as busy as someone with two full time jobs. Almost half of that might be a labor of love, but you can't just keep piling things on forever. (Insert a reDONKulous amount of research here about the point at which human beings actually lose productivity and efficiency.) So if you add a 20 hour gig on top of your regular work and your writing, you probably have to give something up. Most of us can't just do 100 hours a week.

First of all, most writers (at least those who love it enough to write every day) have pared down our lives to just about the point where there isn't a lot of unimportant stuff. It's either vital stuff we can't possibly bare to get rid of (work, family, very important relationships), or it's writing. Only one of those things isn't going to explode, implode, fire you, or leave all your shit in the front yard if you start ignoring it.

Secondly, the way overdoing it works isn't like paper math. Creatives generally have to be even more careful about overdoing it than other people. It's not just an equation that you can keep adding to as long as you haven't reached 168 hours a week. There are intangibles in play. The first thing that exhaustion effects is our self-motivation. And also pretty high up on that list is creativity. (Sound like things artists might need?) There's this whole survival mode vs. creative mode dynamic that all people have (and no, Minecraft didn't make this up but it's really cool that an open ended creative game is exploring that dynamic through metaphor), and when we are burning non-creative engines on overload, there's usually a lot of impact to our interest and ability to create. Things like a good night's sleep, imaginative play, and of course reading turn out to be just as vital as the writing time itself.

So be careful M. Protecting your writing time doesn't always mean JUST the time you are physically doing the act of writing.
at July 27, 2015