Why So Much Fluff? 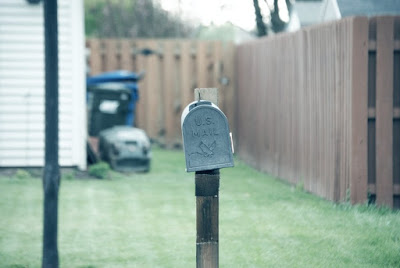 Why has W.A.W. been been so fluffy lately?

[Remember, keep sending in your questions to chris.brecheen@gmail.com with the subject line "W.A.W. Mailbox" and I will answer each Friday.  I will use your first name ONLY unless you tell me explicitly that you'd like me to use your full name or you would prefer to remain anonymous.  My comment policy also may mean one of your comments ends up in the mailbox. It may take me a few weeks before I can get to some of those longer questions.]

I've been reading for a while, but you really seem to be piling on the fluff these last few weeks. Is this the shape of things to come or can we expect a return to your usual pace of a couple of hard hitters a week. I don't mean this to be ungrateful or anything. It's more like your blog is the highlight of my day. I'm mostly wondering if everything is okay or if you're working on a big side project or what.

I dumped all my other questions to answer this one since the timing is auspicious.

I'm busted. Caught red handed. I mean, I wasn't really hiding it, but I was sort of hoping that no one would notice.

Some days I forget that I have fans. Not grudge followers or the morbidly curious or friends who deign to see what I'm up to or folks who will throw me a click when my title doesn't look too boring, but actual fans. People who will notice if I start posting a bunch of lightweight articles.

So I'm not sure how far back your perception of my fluffiness goes, but I can tell you that I've been faking it for a while. A WHILE! The Contrarian is getting older. While he has more ability to go a few minutes without direct supervision, he in that stage where he requires more interaction when he's not totally self contained. Turn away for just a few seconds and the 537 small plastic pieces that go in Neoblasters board game will be scattered in a glorious shimmering arc, silhouetted for one tiny eternity against the picture window before the fall into every nook, cranny, crevasse and heating duct across the living room.

He's also started to climb things. He hasn't fallen....yet. So right now it's all reward and no risk as far as he's concerned. He has no fucking clue what's waiting for him when one day he falls off a chair or a table.

So I might be able to get a few minutes while I put on Daniel Tiger or Dinosaur Train to hammer something out, but he's no longer taking 4 hours of naps or staying roughly in the same place you put him for more than five seconds. Who ever invented walking before five...come see me after class.

Then Sonic Gal took on a new patrol. It requires her to be on the streets for a couple of hours longer each day, which means I watch the contrarian that much longer. We took a while to figure out how that was going to affect my writing time. Wrecking Ball doesn't change a lot of diapers, you understand. Nor would we really want a guy with hands bigger than Butterball turkeys to try.

Right before things started to level out with all that, summer hit. I don't know how many teachers you know Jon, but summer isn't this relaxing oasis for most of us. It's when everyone who has patiently waited the whole year crawls over each other to get a piece of us. Suddenly you've answered so many plan RSVPs with "I guess I can do that since it's summer" that you're fucking busier than during the school year. Plus you get moms with guilt trips. ("Son, I want to see you. What else would you be doing that week?" Thanks mom. Very validating. I feel the deep respect for the househusband and the writing jobs.) So basically I've been running from one obligation to another like a chicken with my cliche cut off.

And then there is summer school. Take my busy ass schedule and stack about 20 hours a week on top of it, and you have a pretty good idea what I'm going through right now. I had a similar experience last year and the year before. I'm getting a couple of extra hours each day so I'm not on the verge of the same caliber of meltdown I was those times, but it's still hard to wrestle more than just a few minutes to sit and blog.

Most blogs would just go on hiatus for the six weeks. (Actually MOST blogs would have folded back around last October.) I would rather keep bringing you content even if I'm doing jazz hands a bit. Hopefully, in about three weeks, we will be back up to pre-summer school levels, and in the month after that, I can bring things back to a better pace. In the meantime, if anyone wants to send a professional housecleaner by my place, I can probably pop something thick and juicy out on Friday.

But telling me Writing About Writing is the highlight of your day is probably the one thing that can keep me pushing hard forward, despite how much the rest of my life is mercilessly nut-shotting me me right now.  In case you were wondering.
at July 06, 2015