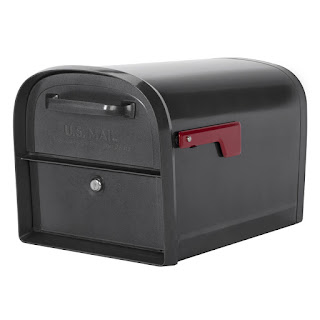 Should I write write novels or stick with short stories?

[Remember, keep sending in your questions to chris.brecheen@gmail.com with the subject line "W.A.W. Mailbox" and I will try to answer a couple each week. I will use your first name ONLY unless you tell me explicitly that you'd like me to use your full name or you would prefer to remain anonymous.  My comment policy also may mean one of your comments ends up in the mailbox. I am not Jonah Jameson by a long shot.]

I'm new to writing seriously, and at the moment I've only been writing short stories. Whether this will change as I get more experienced I'm not sure, but it's telling that some of my favourite authors  (Edgar Allen Poe being my absolute favourite, along with HP Lovecraft when he wasn't being uncomfortably racist) mainly worked in this form.

My question is in two parts:

A. Should I be looking to expand my horizons and focus on longer works, or is working primarily in short stories still something other writers do in this day and age?

B. Are there any differences in the way I should be approaching "The Process" - not that I think any of the steps will change, more a question of scale. Should I be using the same number of rewrites, should I be taking long gaps between each draft, etc?

Thank you very much.

But really, was there any time Lovecraft wasn't being uncomfortably racist?

So let's take the first question because there's something very important that I think you're getting at here and it matters, but it also maybe shouldn't. Or maybe it shouldn't until later, when it's good to know, but might help you but then you may have to......

You know what. Why don't I just actually answer it.

Let's start simple. The answer to "What should I write" is, for the most part, always the same: Life is short. Death is forever. It's later than you think. Write what your soul burns to write and fuck the haters. Take what you can; give nothing back!

No wait...that last part is the pirate code.

The chances of some commercial breakthrough in this industry are shockingly small, but the number of people who put some idea of commercial viability over their personal enjoyment and passions are phenomenal. I'm teaching a class of middle schoolers creative writing. MIDDLE. SCHOOLERS. The oldest of them are going into 9th grade next year. When I tell them to write whatever they want, they ask me what I think will sell. Settle down turbo, you've got at least ten years yet before you need to sell out and have hipsters who liked your old shit better.

If ever there were a cart placed inauspiciously in front of a horse (where said horse would find it maximally inconvenient to move) this would be such a situation.

If you're enjoying writing short stories, write short stories. If you enjoy writing novels, write novels. Also Hamish if you get to the point where you need to change up what you write to reach a wider audience, you're going to see that coming miles away and have years to adjust to it. All KINDS of people will send you hate mail about how you went corporate and became a slave of "The Man." It'll be great!

This advice is especially true if you're not publishing. Writers will write for years churning out work that has no destiny greater than their own memory box under the Star Wars birthday cards and smutty handwritten letters from their first love interest as well as being a small piece of the "years of practice" they needed to develop the skills they needed to go forth. So really there's absolutely no reason to be writing any goddamned thing that doesn't bring you bliss.

If your goal is to "make it" as a writer–as soon as you figure out what that even means to you–you may want to be aware of industry trends. First of all, as you are foraging your writing skill in the fires of Mt. Doom, you should know that it's really good to write in a form you don't like, especially if that form is shorter than you're used to. It's good for writers to try their hand at all KINDS of writing they don't normally like to do, but boy fuck do most writers need to learn how to keep it short. I don't mean just Robert Jordan either.

(Bro, your slow sections are longer than War and Peace. Not cool, bro.)

Cut that scene. Get rid of that paragraph. That sentence isn't NEARLY as clever as you think it is, and if it's not doing something for your story, it's just masterbatory. You don't need four chapters to do the same thing. Practicing writing with more brevity and precision is great for writers who typically write longer. So you're off to a great start.

[One of the best exercises I ever did was to have a teacher give us a 6,000 word story prompt, and then when we were all super happy with our revised and completed stories that barely fit in the 6,000 word prompt (of which every single word was super-duper important, of course, and could never be cut in a gagillion years), they told us to trim it to 5,000 words for our final. I learned more about what is vital and what isn't in two days than in years prior.]

Does it go the other way?  Sure it does!

Long term character arcs, lots of minor characters, subplots, complications, these things aren't in your typical short story because there just isn't time, so it can be practice to kind of learn to slow down and take your time with the craft. Obviously if you're wrapping up your plot lines and your protagonist is dead by the end of chapter one, something has gone very wrong. Plus if you want to take a crack at a novel just to see what it feels like to develop the long term project chops, and get up and hack away at something every day for months, that might be a real learning experience. Kind of like going and deciding to build a house on a lark when what you usually build are sheds.

A lot like that actually. I might have to steal that one. Hashtag shedtohouse. Someone call the patent office. I want a quarter every time someone uses this. *puffs cigar*

Secondly there's this really weird paradox in the industry. Novels sell. Novels make money. Publishers want novels. You can make some sideline cash selling short stories, but if you want the big advances and the royalty checks, you probably have to write novels. HOWEVER, you will almost never ever EVER see someone get a book deal without a portfolio of short stories first. That's how writers get their name out and generate the accolades for a cover letter that an agent won't ignore.

You might also want to try a novella as a bridge between the two, but just know that those are an even harder sell in terms of industry demand. They're too long to fit in a periodical and too short to make money off of. Writers don't tend to make money with novellas until they are very well known.

So your proclivity for short stories is likely to not only be the bliss you should follow, but also to serve you well if you're trying to break into the publishing industry. Right up until you start to reach the point when someone's going to want to see a book from you. And believe me, Hamish, when that train pulls into the station, you will absolutely know it. It'll be subtle like a brick.

Here see if you can decode this subtext: "Hey, I'm an agent. When you're ready to start writing novels, give me a call. I'd love to represent you."  How was that? Did you catch that meaning beneath the layers of meaning?  Okay well then you'll know when it's time to shift to writing novels.

As far as scaling up for writing novels vs. writing short stories, it is a bit different. While a very well written novel will have loving time and meticulous attention given to its revision, it will probably not have the painstaking revision process of a short story. Short stories are dense and they are crafted with amazing precision. Some authors agonize over literally every single word choice. You can probably wait a little less time for that first short story revision than you would with a novel (a few days instead of a few weeks) but you might actually want to jack up the number of revisions.

Good luck Hamish!  Don't forget me when you're big-time. Especially if you use that shed thing.
at June 24, 2017