What? No Post??? You mean other than THIS? (Upcoming News!) 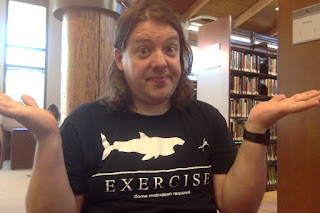 
"You think you can just do this, but you can't. You think you're a good and decent person, but you're not."

"Why have you forsaken us?"

"I thought you were some kind of writer. It turns out you are just a fraud. Now I completely see through you. Even your imposter syndrome is fake."

"I was about to raise my Patreon contribution by a factor of 10, but now I'm going to cancel it completely."

"I have come to rely on a certain kind of post for each particular day of the week and I am always paying really close attention. This is not in any way something that only you worry about and imagine that your followers are paying much closer attention to than we are. This is real."

"I will literally die! You've killed me. Thanks a bunch."

Yes, all of these are things I've absolutely heard when I skip a juicy post on Fridays. I am in no way exaggerating, hyperbolifying, or personifying the paranoid voices in my head after overdoing it on the caffeine and watching too much Inside Out. Totes veracitized.

Every few weeks I have to amalgamate some of this shmexy blogging love to the folks that keep the lights on and the rent paid around here. (Not that I don't love you all but I extra love them with sprinkles.) And today there are two things that need doing. One is the "Inside Scoop" letter that goes out once every couple of months to the Kickstarter contributors and upper level Patreons. I've been chipping away for several days, but today it's time to finish up and send it out. (Not too late to get in on it if you want to be a patron!) The other is to get up something early as a preview for NEXT Friday's post. My content is always going to be free, and I don't hold back "the best stuff" for folks who pay, but to give them a little extra by way of saying thanks for making sure I get to eat non-government cheese in a van down by the river, I try to get them some really personal status updates periodically and sneak previews of what's coming up. Today I owe them.

If you've been following this blog for more than a year, and certainly if you've been with us for a few, you may recognize the season that's about to break here at Writing About Writing. It's the season of the Honey Badger.  OH YES!

For six weeks every summer I teach summer school to middle school students in a double installment 9 part adaptation of Lord of the Flies. The money is way too good to ignore even though it's going to wreak havoc on my writing schedule for a month and a half like your thirteen year old in a game where you can destroy the environment. I get really busy and typically things get a little wonky blogside.

Most people won't even notice the change, but for those of you who follow my update schedule pretty closely, you might notice that I miss the occasional post, put up so much jazz hands that even my jazz hands are doing jazz hands (like that creepy scene in Doctor Strange except with JAZZ hands), do a lot of chewy posts on the weekends instead of the week days, and my personal updates start to involve a lot of crying, screaming, and wondering why various deities have forsaken me. By week five, I'm usually wondering why the hell I thought it was a good idea–didn't I learn from last year? But I'll make sure something goes up most days. I'm planning working through a backlog of Mailbox questions, as those always are a little easier to spark inspiration than a cold start. And I very rarely miss a day completely.

I'm also (just for this six weeks) going to take an extra day off. Thursday. I'm planning on putting up a boilerplate message about future fundraising goals and trying to hit or at least get a fair bit closer to my third major Patreon goal (over on the left hand side). If I'm not making a certain amount within a couple of years, I'm going to have to bring ads back, (The Contrarian won't need a nanny forever) and I'd like to reach a milestone on that road by the end of summer if possible. I want it to be kind of like the NPR donor drive. The regular content will still be going, but we'll remind people enough that folks who just keep forgetting might jump to.

I'm telling you this so that those of you who are generous patrons don't wonder if I'm sliding into an unapologetic slump and those watching close don't think weekly fundraising is the new world order or anything. It'll be over in six weeks.
at June 16, 2017