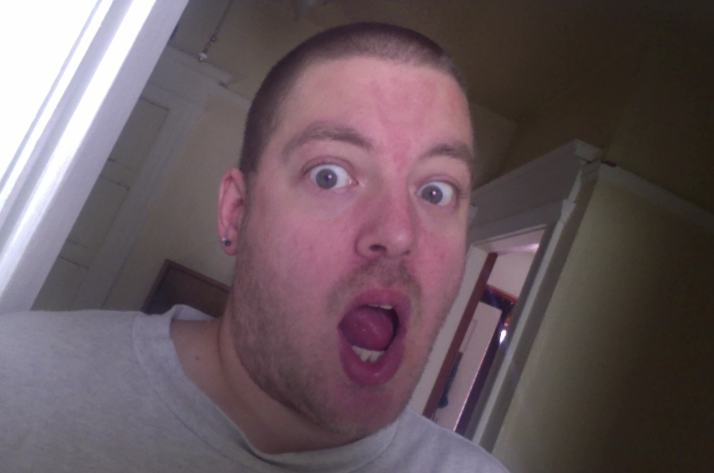 Today an appraiser came out to look at the Hall of Rectitude. Apparently if we can get 20% the equity on the holographic battle simulator paid off the bank will reduce some of our renegade plasma cannon dispersal insurance. (I swear you blow ONE hole in a major population center, and everybody loses their shit.) Anyway, on the best days, this place has bits of postage-stamp-sized spandex, thousand pound barbells, and baby toys all over it (I love the squeaky giraffe!), but most of the time there are also half built robots from Uberdude all over the place and random piles of clothes from where The Brain plugged into the Hall's personality matrix and dematerialized from her corporeal form. Since we didn't want the appraiser to have to wade through Wrecking Ball's post work out spandex thongs or end up on the working end of one of The Contrarian's "I AM NOT"s if they tried to move a stack of Baby Einstein videos or something, I've been cleaning like crazy.

I spent most of the weekend cleaning and even woke up early this morning to dive into a little more. We walked around making sure to use our memory eraser flashy thingy on the appraiser every time he looked at the top secret stuff (which was like every five minutes, sheesh) and he said he'd get back to us. Then we headed over to Costco to stock up on protein shakes and martial arts equipment. Also microwavable burritos–because not everyone is a mega lifting, testosterone meat puppet; some of us are sidekicks who like to teach and read and write when we're not "getting our justice on."

Uberdude's latest construction is....well, it's kind of a dick. It walks around trying to get everyone in the Hall to "prove" that they're really alive and not just biological masses of chemicals and synapses that happen to react to outside stimulus. It's not a time sink in the strictest sense, but it's been getting on my nerves.

I start teaching this Wednesday. (And thanks to all of you, it's JUST one night a week and I can focus the rest on writing.) That's not so difficult but getting up and putting on pants for ANY reason starts to feel like an imposition when your life is basically just creative writing. Especially when Uberdude's dick robot is asking you to justify going to work so that other people can make far more money than you from your effort if you're so alive.

And if all that weren't enough, the gear up to this year's burning man has begun. Sonic Gal promises me every year that with her incredible speed, the car will be loaded in seconds, but every year there is some roof jumper or bank robbery right when we get started, and I end up doing it all myself. That might help me with my feelings of isolation, but it also makes me tired and cranky before we even get in the car. This year I've crossed my arms and said that if she wants to go on Wednesday night, instead of Thursday, she's got to do a lot more of the packing. She totally promises me that only an arch villain attacking the city with a doomsday weapon could possibly keep her from helping. We'll see.

So it seems as if my lackadaisical 60 hour weeks are coming to an end.