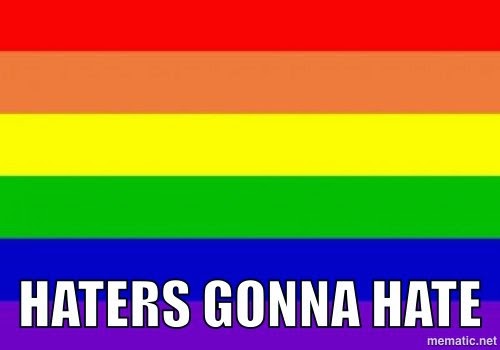 Part two of a series of questions by folks who apparently lack the reading comprehension skills to find the answer to their own questions in the articles to which they are reacting.

My friend loves your blog (I don't know why), but frankly I took one look at your advice that writers have to write every day and I knew you were full of shit. Writing every day is a great way to burn out. Creativity doesn't work that way. You make something wonderful into a chore. The graveyard of writing is littered with the bones of those you've destroyed. You, sir, suck.

You should take more than "one look" if you want to tell someone what their position on something is. I might even go as far as to suggest you read on into the second paragraph. You can just learn so much that way!

If only there were some sort of "rule" or "convention" or "understanding" or something that that it is generally foolish to attack someone for a position you assume they have without listening instead of the position they actually have.

That seems like such an idea would be useful. I lament.

I've never told anyone they have to write every day to be a writer. In fact, I think that sort of judgement about who's a "real" writer and who isn't is a bunch of supercilious snobbery. Any time I read something by an established writer who says: "Real writers do soandso," (unless soandso = write) I usually want to go Slapsgiving on them.

That's it. End of story. There's no amount of time or kind of writing or type of inspiration or number of revisions. They just earn their er.


Who thinks they're going to make gobs of money doing something once a month? Writers; that's who.


Now I can't help it if you dreamed of being rich and famous by doing something for a few hours a month, and Meany McMeanface Chris came along and to harsh your fucking squee. I make no apologies for that. (It may even cause me the tiniest bit of sadistic glee, but I would never cop to it.) And it's also worth noting that being commercially successful as a writer (particularly in traditional publishing) may involve a good deal of privilege and things that a writer can't control–statistically being white, male, cis, or heterosexual each help a LOT (and all together are overwhelmingly advantageous). But of the things a writer can control, they will get further writing daily, and will probably not achieve the commercial success they crave without.

As for your point about creativity: it does, in fact, work that way.

It works exactly that way.

*pulls out a megaphone*

*gets a little feedback but figures it out*

*lifts it to his mouth*

*points it at you*

IT WORKS EXACTLY THAT WAY.

The problem is that people think creativity is some big mysterious force–the second cousin to genius–and that creatives are people with strange alien brains that can't be fathomed. The truth is they're just normal people who practice thinking creatively. Talk to writers, other artists, psychologists who study creativity, and they will all tell you the same thing. If you sit down at the same time every day to be creative, you will get better at it.

I have perhaps thirty comments [ETA it's more like five hundred now 7/21/17], private messages, and emails from people who have decided to try daily writing and have had their creativity unlocked. It's come gushing from wellsprings they didn't even think they had. You know what I don't have? A single, solitary message, e-mail or anything from someone who tried to write every day and found that it destroyed their creativity.

The only people who think that are the ones who haven't tried it yet.

Anyone who doesn't like NaNo is r*t*rd*d. (Guess what that makes you!?) Why do so many writers dislike Nano? I for one will be leading the charge against you and your ilk and combatting the bile you spill. My Nano book from this year is under review by three publishers right now. When I'm a famous writer, I'll send you a copy.

As much as I would love to literally type all this out again, I have already answered basically this exact question. More than once. And it's not as if I haven't made my problems with NaNoWriMo crystal clear.

Yeah, I could write out another version of, "I think it is useful but dangerous to young writers." I could point out that even IN YOUR FUCKING QUESTION you have apparently realized that established and serious writers tend toward a sort of collective opinion from "so many writers" about NaNo. I could suggest that maybe they know something that you don't and you might pay closer attention to their umbrage. However, seeing as you were a spiteful little troll with your comment, I'd rather say this:

The word you used in your message is a slur and you shouldn't use it.

Seriously what the fuck your problem with camps and classes? You sound like one of those stuck up assholes who think there's only one way to write. I get so much work done at camps and classes with someone lighting a fire under me to write, and I have professionals look at my work and give me feedback. It's awesome and fun. You are a fucknoodle if you steer people away. Fucknoodle. 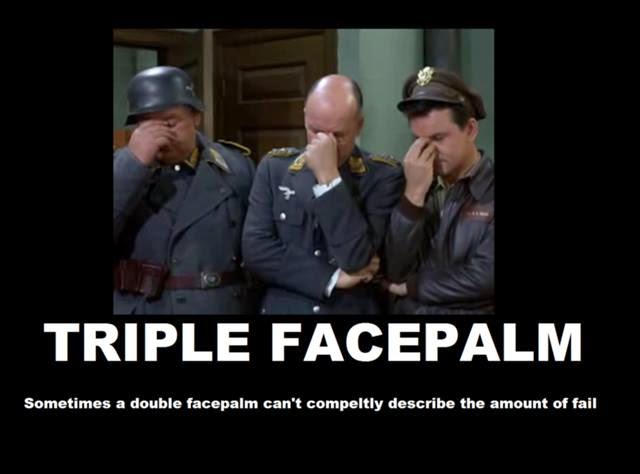 Yeah, I'm a big stickler on how there's only one way to write.

This is why I don't usually even respond to hate mail that has so obviously been written by someone who is bent on completely ignoring the context of whatever little snippet they want to take umbrage with. Now I'm going to end up walking around the house for a month calling everything that sucks "fucknoodle."

(My dedication to Blogust is profound!)

I'm not personally saying these camps and classes are rip offs, but I do think their utility should be acknowledged. And I have a pretty big problem with the whole "Look at me going to this class/camp. Look how much of a 'real' writer I am!" mentality that springs up around them.

If you like camps and classes, go fucking enjoy camps and classes. Knock your silly ass out on that shit. Don't let some two half bit blogger tell you how to have a good time. Enjoy the fresh air and the scenic vistas. Get your wordsmith on and partake in the talks and hikes and morning granola and commune with a squirrel and whatever else you want to do.

But let me go out on a limb here and guess that you spend somewhere between 500-1300 dollars (depending on the cabin you will be in) for a three or four day weekend (that usually breaks down to two half days and two full days in reality). I won't name names because I've friends heavily into this scene, but I happen to know that's the going rate for the most popular local writing camp. With writing classes, you are probably getting between six and eight weeks of two hour classes for roughly the same (somewhere between $500-$1000).

That's not an insignificant amount of money to....well....most people on Earth.

The question for the writer to ask themselves isn't "are they fun?" or "will I write?" But more questions like, "Could I get more direct feedback (for less money) just by hiring a professional editor for three or four hours?"

If you have a grand to blow, more power to you. There are worse things you could do for your writing than to take a class or a camp. Truly. But it gets weirder when just going to such a camp is kind of considered a status symbol or a claim to legitimacy among writers. Then writers who maybe don't have that kind of money to just drop start thinking it's important for their development as writers and they better scrape up a thousand bucks and figure out who can take the kids for four days. They pay for the camp or class like they're passing a kidney stone, and then wonder at what they're getting for it.

If camps and classes were a necessary evil, and every writer who ever published had done a few, I would gladly let you know. ("Hey. Just part of the cost of doing business, brah!") But most writers, as I've said, kind of think they're good for the people making the money, and not super useful for the writers spending said money.

I'll close this whole article with this thought, and I'm actually glad you brought it up. The reason so many people like camps and classes and NaNoWriMo, and MFA's is because someone is there to, as you've said, light a fire under them.

I get that. I do. But it's like training wheels on a bike.

At some point, any writer who is serious about writing (and not just a casual hobbyist) absolutely must learn to provide this fire for themselves. Eventually the MFA, the camp, the class, the whatever will end and leave the writer back where they started. You have to learn to sit down and do the work under your own motivational power. Even at minimum wage, hiring someone to essentially tell you "you should be writing" becomes prohibitively expensive and probably not conducive to your long term goals of actually making money via your craft.

Email ThisBlogThis!Share to TwitterShare to FacebookShare to Pinterest
Labels: NaNoWriMo, The Mailbox