The Mailbox: Attack of the Strawmen 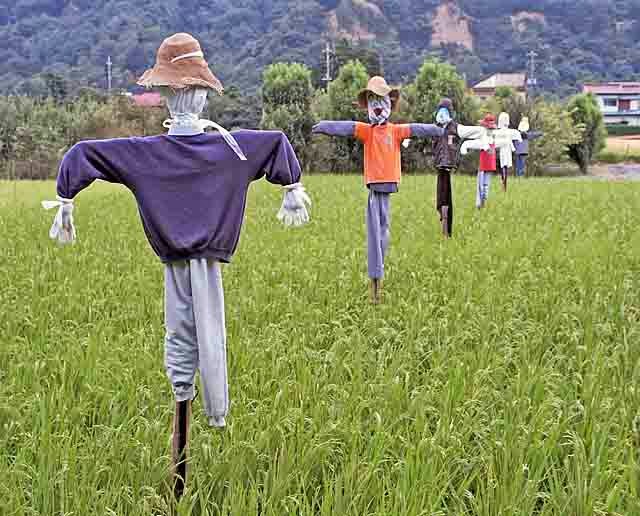 So what you're saying is...

All of today's e-mails involve people who have decided to ignore what I've said, and tell me what I meant.

In each of the questions or comments below, I have added a link to the article I think they are talking about; however, it wasn't always easy when they're e-mails instead of comments, and because I never actually said the things they are responding to.

So you think every single gatekeeper is secretly a racist? That seems titanically stupid.  Source? 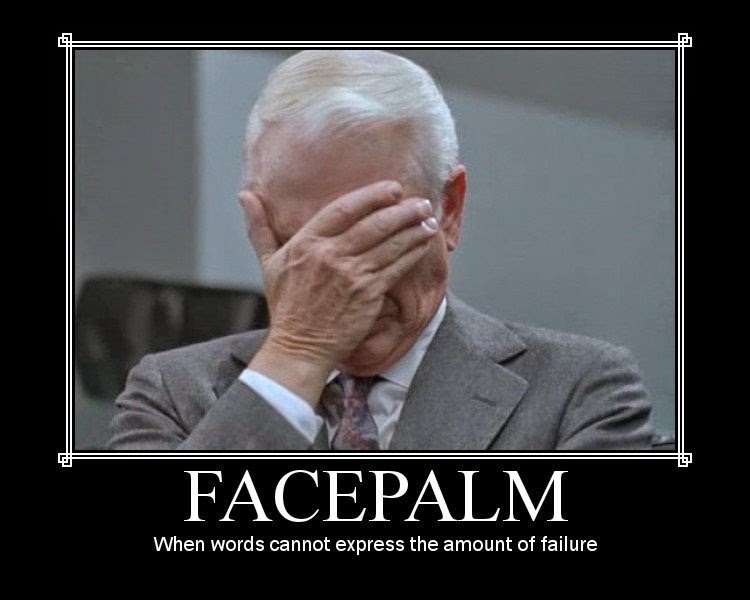 Yep, that's exactly what I said.

I didn't spend several paragraphs talking about institutionalized structures, unconscious and invisible value judgements, long-standing traditions of favoring certain voices in the literary tradition, deep seated aesthetic values that favor white men's writing as better or proper, the way marginalization tends to be invisible, ubiquitous, and unchecked even in a world where overt bigotry is generally frowned upon, and a self-perpetuating cycle of marginalization that keeps the very same people in charge of deciding what is good and what will sell, quagmired in the aesthetic of times when oppression was overt and intentional rather than systematic and often invisible.

ETA: Kind of like the whole thing going on with sad/rabid puppies.

Rather, what I said was that every single gatekeeper is secretly a racist. That makes much more sense.

Seriously Chris?  So every artist should just live in squalor? Source? 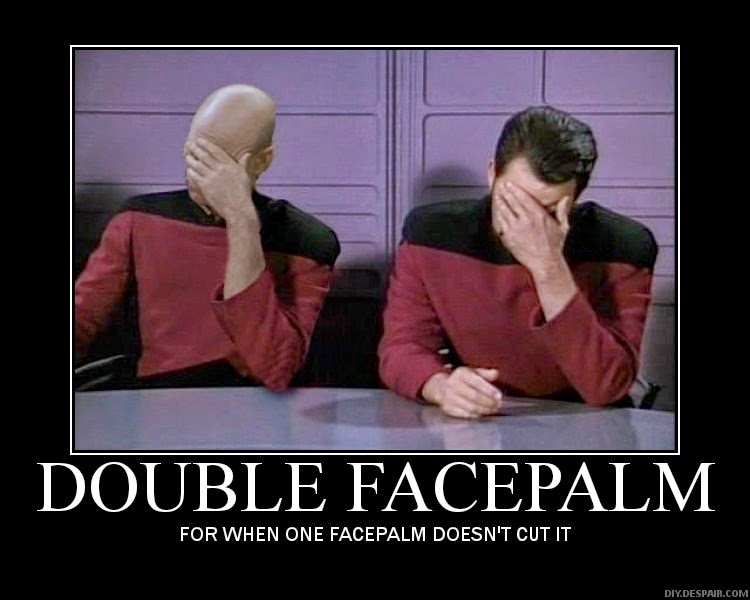 That's not even a little bit LIKE what I actually wrote. If you just randomly chose words out of the dictionary, you'd probably get closer to my meaning.

First of all squalor is a relative thing–a value judgement usually that richer people pass on poorer people for the fact that they haven't retouched the paint or fixed the woodrot on the porch (perhaps because the heating bill and groceries were more important than just jumping over the third stair). I know someone who thinks I live in squalor because my cat tree is all scratched up.

I'll give you a second to let that one sink in.

What I've said, and what I've hailed Fight Club for saying better than I could, is that we live in a culture that is very commercialized and very consumerist. And most of our culture believes that we are defined by our possessions. (They may not ostensibly believe that their designer jeans define them as a person, but watch how many act when someone is wearing knock offs or homemade clothes, drives a cheap car, or lives in a ratty apartment.) Economic power is one we can flaunt.

If you want writing to pay the bills, it's going to be a lot easier if your bills are $1500 a month instead of $3500. I can't tell you what your means are. I can just tell you that living within them will make your dream come true faster than succumbing to the lifestyle obsession.

So let me get this straight. What you're saying is that nothing created the massive complexity of the universe and the wondrous variety of Earth? We all just sprang into being magically? Do you also think that a printing press exploded and happened to form the dictionary? Source?

I swear to god Anonymous, if reading comprehension were water, you'd be the fucking Sahara. Did you even actually read the article before you wrote the hate mail? I didn't say things magically sprang into existence. I said I have no evidence with which to support the claims of a dogmatic deity.

The evidence we do have goes as far back as a billionth of a second into the existence of the universe, but to say that because we don't know what happened before that, it must be God is a logical fallacy. (The same one that leads people to assume that all unidentified flying objects must be alien space ships--no, they're UNIDENTIFIED.) If you don't know, you don't know. That means you DON'T FRACKING KNOW. And even if I thought supernatural instead of not-yet-understood, why does that mean YOUR supernatural entity?

See it might feel tidy to you to say "God," but what if I say "Allah," or "Unmanifest Brahman," or "Alien warships"? Now you're getting uncomfortable, right? Now you think that sounds kind of crazy and you would need some proof. That's how I feel about your claim.

While we're at it, scoffing at "magical" universe creation while attributing the universe's creation to an improvable god who basically does magic is...well the best thing I could say without being too offensive is that it's circular. (I had a bit here about your mom's predilection for drinking around marble floors when you were a baby, but it was inappropriate.) Functionally miracles and magic are the same thing. All you did was add a omnipotent, omnipresent being whose will supersedes all known laws of physics and who influences the course of events with supernatural power–isn't that pretty much the spot on definition of magic?

Also, just a point of note, the universe tends towards entropy and chaos not order. We are in an ever expanding universe where everything is boiling slowly away into light and heat, so in your analogy....we're actually the printing press (a few milliseconds into our explosion). 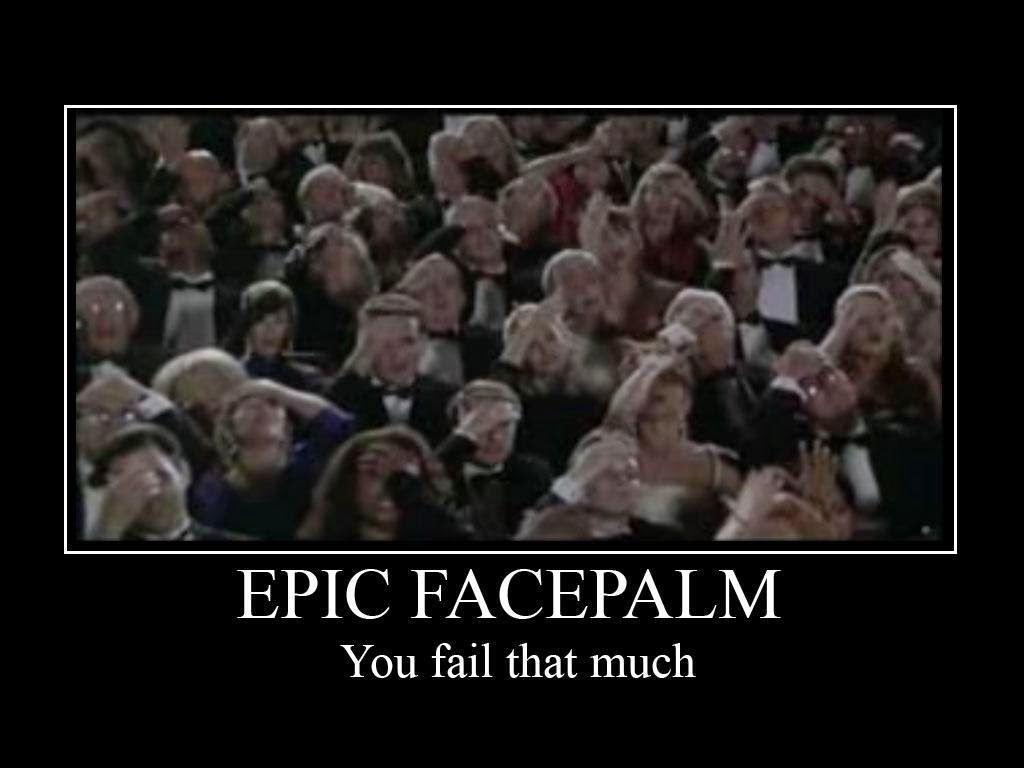 Okay so you you think having an iPad and a MacAir and living in the Bay Area makes you poor? I hope some day to be as "impoverished" as you. (No clue the source on this one.)

I didn't say I was poor. I said I don't make very much money. There's actually a pretty big difference, and it's why so many conversations about wealth mistakenly focus on income. And it's part of the reason politicians and rich people get away with so much fucking bullshit.

So listen up if you want a really important lesson about socio/economics and why people with a low income are often a lot wealthier than folks making more than them (and vice versa).

If a person has $20,000 in student loans, a year of payments before they own their used Geo Metro, rent an apartment and just bought their first TV from Sears with the hopes that they can get it paid off in six months before their interest goes from 0% to 22.5%....  If they need to replace their "student" wardrobe with something more professional so they have more than three outfits to wear to work, and have parents who often borrow money for medical expenses.....

Well, they are in a very different situation than someone whose parents put them through school, bought them a little economy car that still runs for college as a high school graduation gift, got them a "professional clothes" shopping spree as a COLLEGE graduation gift, gave them the 30 inch plasma TV when they upgraded to a 42, and regularly takes them out to dinner.

Even if they both make the same 30k at their job, their lives will be very, very different.

Of course both those people are in a different situation than the trust fund baby with the Audi, the house their parents bought so that "the future grandkids would be close by," and the seed money to get them started, who has the same 30k income plus a portfolio from Grandpa that they can either reinvest in or take about $10k in annuities. And I haven't even talked about the top .1% yet and the kind of life THEY have.

I don't actually own very much. I don't own this house. I don't own the car I drive. I ride the coattails of my family, and it means my life is pretty good, but this stuff isn't mine. I have some higher end electronics because a lot of my income is discretionary but all their values combined would be less than a reliable car. So I don't really consider myself rich or poor. I'm comfortable. I don't really compete with the Joneses. I don't have a lifestyle obsession.

But I definitely don't make much money. I make so little on paper that I don't actually have to file taxes legally, and only do so when I'm getting a refund.
at August 22, 2014