This month's poll was a fairly solid take down by the Star Trek universe.

However, the tepid response from most of our readers (that's tepid compared to normal, not tepid compared to when our resident Pratchett fan whips his community into a radio button clicking frenzy), this will probably be the last time I run this particular poll.

I would have liked to see the Star Wars/Foundation spread get a little wider. I'm no fan of a title winning by only a couple of votes, but we're already into August and it's time to fire things up for the August poll. Still, I was glad to see a world that wasn't a movie/TV franchise have a particularly solid showing. 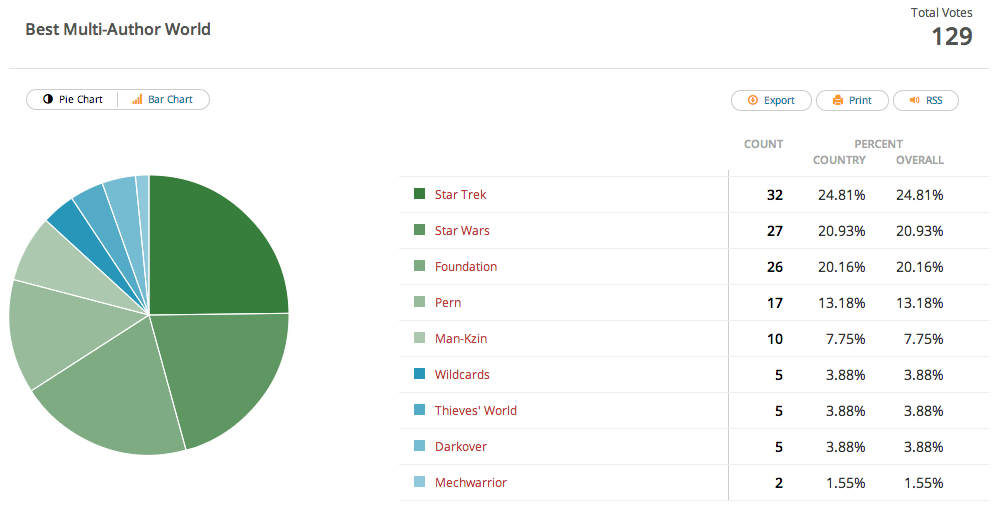 Put on your thinking caps for best corroborative book. (That's a single book with multiple authors–books like Good Omens or The Talisman). I'll be taking write in nominations tomorrow.
at August 04, 2014