No Apologies! A Defense of Why Speculative Fiction Needs No Defense (Part 2) 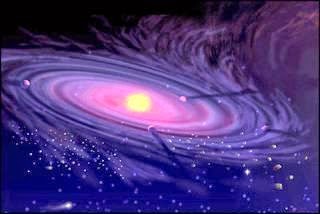 
These sommeliers consider genre to be commercial, a word that in literary circles has an antithetical meaning to “literary.”

The first fallacy we must consider (among the many many many our darling lit snobs regularly make) is a false dichotomy. For those not up on your logical fallacies, "False Dichotomy" (or "false dilemma") is an informal fallacy that exists when only two options are presented in an "either/or" context. For example literary OR commercial.

“Literary” tends to be at the good and proper end of an awful lot of dichotomies. We hear literary paired up as opposite of words like “commercial,” “mainstream,” “non-literary” “popular” and of course “genre.” Also “expository” and “informational,” but those seem more like classifications than value judgments. (Really, I’m not kidding. Plug in “Literary vs.” into your Google field and then run down the letters of the alphabet. You’ll get all of these words as top hits.)


What is notoriously lacking from these dichotomies is any indication of the actual qualities that place them at odds with each other.

Most art forms have an awareness of the commercial or the mainstream, but we get a sense of what makes them commercial or mainstream in the pairing of their opposites. You have mainstream film and independent film, which reveals something about the movies’ budgets and the studios behind them (they are independent of the same concerns of major studios). You have commercial television and public television, a difference in how funding is procured (also a difference which immediately becomes apparent when you have to pee during Hurcule Poirot, and you decide to wait for the commercial).

With “literary” we face an increasingly nebulous word that has consistently been used simply as a synonym for “serious,” “valuable,” or “proper,” and not actually adequately defined except by what it is not. Rather than actually meaningful dichotomies, we increasingly see a self-referential one that just gets used as a sloppy way of saying good vs. bad. And it’s time the ivory tower stopped accepting that as anything but intellectually lazy elitism.

Increasingly from lit snobs it has come to mean little more than, "Whatever the hell we dictate it is, for we are the arbiters of such things."
Wait.

Am I actually claiming that “literary fiction” doesn’t have any meaning? Am I claiming that someone familiar with it wouldn't know the difference between it and speculative fiction?

Oh perish the thought, my friends!

Literary fiction is its own genre, and the hegemonic genre of our era, but it does not mean—and never has meant—“good.” That is simply the way it is being used these days in literary circles to avoid more meaningful discourse. Cultures in power often set themselves as the bellwether for what is proper and good and invalidate the way any other cultures choose to do things. If they do regard another culture it is only through the lens of their OWN culture’s values, resulting in Kipling-esque portrayals. Post-colonial criticism and Orientalism are rife with this sort of observation of judging one culture through the lens of the hegemonic one. Currently, it seems that the culture in power of the literary community is no exception to this tendency. They are the imperials, laughing at the genre savages, and possibly giving the approving nod of “noble savage” to the genre writers like LeGuin, Orwell, or Bradbury, who come the closest to reproducing what they value in a work.

However, before we pick apart the genre of literary fiction (and let’s be absolutely clear that it IS its own genre), let us first look at its enemies across the "divide" of those dichotomies I mentioned earlier. “Non-literary.” Well that charming bit of circular logic certainly doesn’t tell us much except in as much as anything can be said to be the opposite of not it. Cats are very much not like non-cats, and green is very much not like non-green colors. “Genre,” of course is what this is all about and we’ll get back to that. But let’s look at the other three for a moment: “Commercial,” “Popular,” and “Mainstream.” “Commercial” is a strange little word in the context of fiction, seeing as most fiction doesn’t have any commercials at all. Ever.

And if you cruise into a book store, they don't give away "literary" books–you have to buy them like everything else. With money. Filthy art-corrupting money.

So what this little back-handed bitch slap of an aspersion actually is getting at is that the writing made money--probably a lot of money. That doesn't happen unless a lot of people are willing to spend their hard earned money buying it. “Mainstream” means having appeal to many groups and sub-groups instead of just esoteric ones. “Popular” means liked or enjoyed by many people. What we quickly realize is that all three of these words mean successful.

Now let’s be clear here. “Good” and “bad” are opposites, but “literary” and “commercial” are not. (Nor "mainstream" nor "popular.") They are USED as opposites in a very sloppy, intellectually lazy way. They exist upon separate axes in a way that it is entirely possible to have a work of high commercial value and high literary value at the same time.

“Real literature doesn’t sell very well,” I hear echoed in my head from the Lit Sommelier professor’s voice. “And what does sell well is inevitably crap.”

Orwell’s 1984, Dickens’s Tale of Two Cities, Heller’s Catch 22, Nabokov’s Lolita, and Salinger’s Catcher in the Rye are all among the top 30 selling books in English OF ALL TIME—and this must also be considered in the context that most books in the top ten are religious texts.

These works are absolutely literary—some are canon. Yet they have had extraordinary commercial success. If we widen the list to the top fifty or one hundred bestselling books of all time, it brings even more literary works to that list.

Sure, you’re going see J.K. Rowling and Dan Brown on that list too, but the assumption that anything with mass appeal must not be quality work is patently absurd. The opposite claim is even more ridiculous: not everything that sells poorly is literary—some of it is just crap that you wonder who the holy fuck published in the first place. And while there may be the possibility to find some correlation between the literary quality of a work and its general commercial appeal, the presence of data points in explicit contradiction to that claim would make any assumption of causation laughable.

In some cases, like in the works of Antonio Belaño, a conscious, deliberate attempt to make money (to give as an inheritance after his death) has turned out works of extraordinary quality. Charles Dickens wrote serial novels to support a horrendously huge family, and no one denies his literary quality. Even William Shakespeare was trying to gather up the money for a family crest. Maybe he's a sellout too? Even most literary purists can, in theory, acknowledge that literary fiction can make money. However, the fact that anywhere in the literary community, folks will instantly understand a conversation of “literary” vs. “commercial” as being one of quality, shows how deeply the perception is ingrained that this dichotomy is actually valid.

Let’s make sure we are crystal clear here. What is called “literary fiction” is a genre of its own. It has distinctive stylistic markers, such as banal protagonists (rather than extraordinary ones), settings that work as kinetic landscape for the themes, intense psychological depth, ambivalent or negative endings, a strong emphasis on the elements of linguistic manipulation, style, and theme over plot and sometimes even character, and of course…the intense concern about its message regarding the human condition. This of course and the fact that it visits certain thematic landscapes so often as to create its own tropes that boarder on the cliché—landscapes like childhood trauma, parental rejection, addiction, suicide (especially by siblings), and sexuality. This genre gained a hegemonic dominance in the 60’s that was so powerful that it has since been able to call ITSELF “literature” or “serious” and everything else around it “genre.” It’s not much different than the way the Dutch, then the English, and most recently The United States have been able to declare their culture superior and all others "uncivilized" in some way. Unfortunately for the writers of this genre, “literary fiction” has the problem of being not particularly compelling to wide audiences....even when it's really good.

It’s kind of hard to look at what’s happening within all these dichotomies of literary vs. “people actually like it” synonyms and wonder if this isn’t a case of sour grapes. To think that somehow the entire literary community has managed to collectively do the equivalent of petulantly saying “you people just don’t appreciate my genius!”

The world of art, regardless of discipline, is often an austere labor of love to all but a tiny few who scrape out a bohemian life and even fewer who could be said to be successful. But this stark reality of an artist is made that much worse when the dominant acceptable and “proper” form of that art is particularly uninteresting to almost everyone who hasn’t had nearly a decade of indoctrination telling them that by god they will fucking well love it. To see the material gains of those with far less concern for those parts of craft that are supposed to be the “real” and “serious” parts—or so we’ve heard for over fifty years—must seem at times to present success as antithetical to artistic integrity. However in the case of commercial vs. literary, like most overly-academic perceptions, a bellwether created to illustrate something has turned into a false dichotomy with a life of its own.