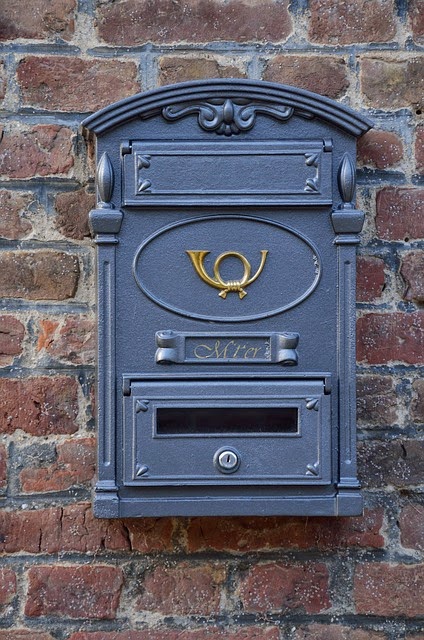 How do you overcome inertia?

[Remember, keep sending in your questions to chris.brecheen@gmail.com with the subject line "W.A.W. Mailbox" and I will answer each Friday.  I will use your first name ONLY unless you tell me explicitly that you'd like me to use your full name or you would prefer to remain anonymous.  My comment policy also may mean one of your comments ends up in the mailbox, but likely only if you ask a question. Try to limit me to one opus at a time.]

So I won't even go into the do I really have to write everyday? whine because I do believe you have amply covered that question. However, could you get into the specifics of how you write every day? And I think it's not so much about finding time, because I know that checking Facebook like my fridge to see if anything new has magically appeared for the umpteenth time is not how I should be spending my evening. I'm talking more along the lines of how you get over that inertia and procrastination and fear of I can't do this because it's going to suck, and I'd rather numb myself with social media than expose myself to that kind of vulnerability.

Also, you've talked about talent, and about a love of writing, and that neither of these matter unless you combine them with a work ethic. Do you think it's possible to be seriously lacking in the first two but will yourself to do the work anyway? Or that if you're having a hard time willing yourself to work, that perhaps it's because you're completely lacking the first two things and maybe you shouldn't bother? Like maybe you're more in love with the idea of being a writer than actually writing, so maybe you should just stop deluding yourself and stop pretending that maybe someday you're going to finally write that novel. I mean, chances are, if you're not writing now, you're not going to be writing at some undetermined point in the future, right?

Boy you never pull your punches do you Jennifer? Two biggies to unpack, so I'm going to answer the first part today and finish up the second tomorrow. Otherwise I'd probably be hitting "Publish" at 9pm and unable to uncross my eyes enough to see that my post is riddled with grammar errors, missing words, and ee cummings punctuation.

Stephen King has a canned response to, "How do you do it?" kinds of questions.

It's flip. It's trite. It's also perfect.

So you know you have to write every day.  You have to set aside time, turn off Facebook, and stop making trips to the fridge. That's great. Knowing that I promise you're already half a dozen public service announcements ahead of the rest of the pack.

Kid one: Hey everyone, let's write a bestselling novel.

Kid one: I don't understand. Nothing is happening. I want to be a writer. I've even shared writing memes on Facebook. Why am I not a novelist yet?

Kid two: I dunno. Want another snack? I'm going to the kitchen.

Lance McBuffpecks: You have to stop procrastinating and actually write.

Lance: Writing takes time and effort, kids. You have to set aside a couple of hours to write every day and not do other things that distract you during that time like Facebook, cleaning the house, or constantly going to get snacks. That novel just won't write itself.

Kid one: Now we know.

Lance: And knowing is...well it's not as important as superior firepower from an elevated position, air superiority, and good morale, but it's okay.


The rest of this, Jennifer, is happening....well, I don't want to say the feelings aren't real because they obviously are, but logically your brain is playing some tricks on you. It's trying to get you to not write. Writing is work. Brains don't like work if they can avoid it. So creativity is all fine and well until you try to sit down and create something with actual effort.

Basically, imagine that your brain is Donald Trump. It has a huge opinion of itself. It feels entitled to your time and attention and wants you to worship it, but it doesn't want to spend a single day doing actual work. It's kind of a lazy asshole.

Of course if you think about it, you'll realize the following:

1) You're not writing directly into a medium that will be read. It's not as if your words will instantly appear in a book that someone is reading or are immediately printed on the scrolling marquee of Times Square. You have all the time you want to revise and make your words exactly what you want them to be. Or you could write and never publish, skipping the vulnerability altogether.

2) When you're writing the first words, they're supposed to suck. (I'm assuming the word choice of "inertia" means you're having trouble even getting started.) A rough draft is rough. It's supposed to be awful. That's what revision is for.

This is just a variation of the "Why bother?" gambit, which brains often pull before major undertakings in order to avoid the work. By convincing yourself of troublesome aspects of the writing process that are far, far down the road (and probably exaggerated) you can avoid doing all that actual work of writing.

If it helps you to know this, most writers block comes from performance anxiety and that idea that (despite logic) the words have to be absolutely perfect the first time they are written. So you're in good company.

However, imagine the guy who considers going to college. But the reason he doesn't is because he thinks he''s probably going to end up breaking up with his girlfriend during his last semester, so why bother. Even though there are a dozen things that could change in 3 1/2 years he fixates on the bad one he's convinced himself is going to happen. And if you met this clown, you would be right to tell him that he's probably just trying to rationalize not going to college.

Here is my suggestion, Jennifer. Imagine instead that you are just going to write your book (or whatever it is). And you don't have to publish it if you don't want to. Ever. You never have to feel vulnerable if you do not choose to. You just have to write it for yourself. After all, that's the real reason to do any art, right? You can finish it, give yourself a proud nod for having accomplished something spectacular, and then tuck it into a drawer for the rest of your life.

Give yourself permission to write a shitty first draft. Just accept that it's going to be terrible. If you want to publish it, maybe we cross that bridge when we come to it, but for now, just keep in mind  that you don't have to.

Write it. Revise. Revise again. Clean it up. See how you feel. Chances are, you'll actually probably be pretty proud of what you've created. (And while some certainly do tinker their work endlessly instead of publishing and moving on, you are probably more likely to go the other way and want to show it off before it's quite ready.) And if you choose to, but only if you choose to, you can think about publication and vulnerability. But for now let's just write it. No pressure.

If that doesn't help, you might be really stuck.

I've written another post about how to overcome inertia even when sometimes it's so bad you just sit and stare at the screen. So if you're really stuck, I recommend you take a long look at that post even though it got pretty wordy. But the quick and dirty version is to do some writing exercises each day where you write things you're NEVER going to publish until you get into the habit of writing every day, intentionally try to write the worst stories you can just to practice starting a project and seeing it through to the end without the pressure of performance anxiety, and if you're really really stuck start typing something straight out of another book until you have some creative impetus to diverge (because our brains think faster than we can possibly write).