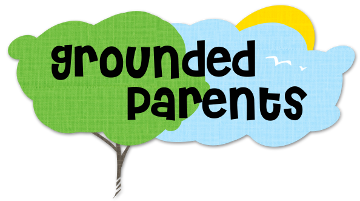 In addition to my snark writing (about writing) here at Writing About Writing I try to write with some regularity at Grounded Parents. I don't write enough to make my editor happy, but somehow not quite seldom enough for them to have puffer-fish mutant ninjas throw me to the curb and release the Titan-enhanced hell hounds on me either. (Although, honestly, I don't understand why not.)

Grounded Parents is a group of 37 incredibly talented writers (I don't know why they put up with me). They are the most educated, intelligent, empathetic, and genuinely good people I have ever had the honor of working with. We write about subjects from social justice to GMO hysteria through the lens of parents' eyes. We tackle subjects from bullying to those stupid memes about how kids had it better in the 70s and everything in between. And with the exception of the snarky creative writing major who doesn't know how to toe the skeptics' party line about midwives, we are very good at what we do.

At Grounded Parents I talk more about my home life, my family, being a "parent," and even though it's still written with pseudonyms, there are fewer superheroes and more banality. Here are the articles I have written for them:

I Am Not a Parent
Look at That Tree
Grounded Midwives
A n3wb in the Childbirth Controversy
Enter the Househusband
ZOMG Baby Smiles
To Co-Parent or Not to Co-Parent
Maybe I'll Just Shut Up
I Delight in Your Pigeonholing Failure
Be Glad Your Housespouse Isn't Union
The Ideology of Skepticism
at November 09, 2014