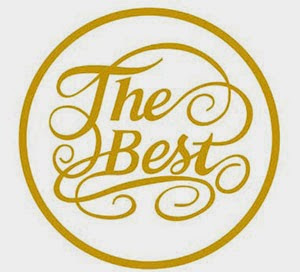 April was a low key month, with a lot of scheduling difficulties because of Sonic Gal's new patrol regimen. Still, a few articles managed to shine among the lackluster performances of the month, and will be going on to The Best of Writing About Writing where they will drink from the keg of glory and dine on the finest bagels in all the land.

The Worst Best Advice About Reading

Blog has had to take a seat and put dreams of leaving 50,000 page views in the rear view mirror during April. At least for now, that goal has gone back to not quite realistic. Not only was output lackluster because of time constraints, but the loss of Stumbleupon traffic was enough to add up to a couple of hundred hits a day. It didn't feel like much but day after day, it adds up to a lot.

It's a setback. My analytics have been climbing upward since I started blogging. There's no reason to think that they're going to stop now. I've just lost one source of traffic.

But I'm not doing this for fame and glory or even hits, so as I scrape some kind of reasonable schedule together with bailing wire, spit, and sheer force of will, and May (or at least the second half of May) promises to be a little more on the reasonable side, and give me the opportunity to get back to writing quality instead of so much jazz fingers.


Tomorrow I will be announcing the winner of the Best Heroine Poll, so vote if you haven't (or vote again if you have). Months of semifinal and quarterfinal polls have all come down to this moment.

I will also be compiling the poll for the WORST Movie Adaptation of a book, so if you haven't seconded those nominations you want to see make the poll, please take a moment to do so (or nominate something new).
at May 13, 2015