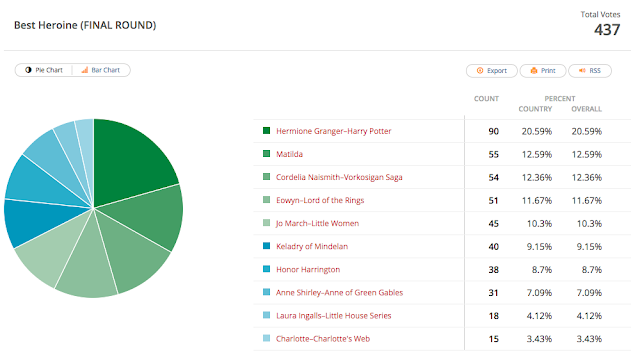 I hated to leave things so close between Matilda and Cordelia, but I waited just as long as I could.

Here are the final results. After many long quarterfinal and semifinal polls we know know definitively who the best heroine in fiction is....until the next poll.

Thank you to so, so many who voted (one of our highest turnouts ever that didn't involve a "ballot stuffing from a fanbase). And keep your eyes peeled for this month's poll about WORST movie adaptation, which will be up by Monday. (Also there's still a chance to nominate a title or second one of the existing ones.)
at May 16, 2015