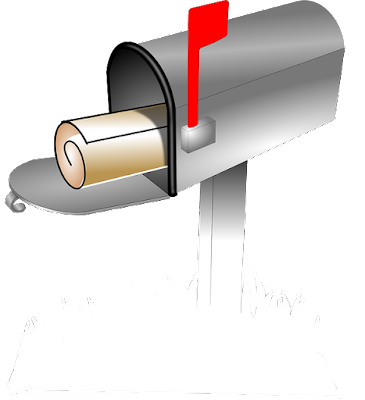 [Remember, keep sending in your questions to chris.brecheen@gmail.com with the subject line "W.A.W. Mailbox" and I will answer each Friday.  I will use your first name ONLY unless you tell me explicitly that you'd like me to use your full name or you would prefer to remain anonymous.  My comment policy also may mean one of your comments ends up in the mailbox. And I am shameless so I will totally answer questions that meta answer questions too. ]

I've been following you on Facebook for a while, and generally felt your pain every time Facebook jacks with pages to try and make more money, but it seems like you're promoting a lot of your posts these days. Did you sellout? Buy in? Is my perception off? Did you stop hating Facebook? I'm not judging, just curious.

Mark I will never stop hating Facebook. Their use of algorithms and greed to hide the content that people want to see borders on malfeasance. I don't mind spending money to be seen by new people, but that I have to fork over money to be seen by more than a fraction of 1% of all of Writing About Writing's followers is slimy and rapacious. I consider it a point of pride to nurture my deep, profound hate of Facebook. I feed it cottage cheese and rage and watch it grow.

Unfortunately, they are the only real game in town. I used to really like Stumbleupon, but their organic reach (that's the number of additional people who get to see a post if/when it gets liked) was pathetic, and their price point was pretty much always 17 cents per click. Facebook, as much as I love to hate them, and hate to love them has a great organic reach and on some popular articles costs me less than 5 cents a click. Plus, a carefully interest and country filtered post can build up my FB audience so that future posts do better.

I've already written an extensive mailbox about paid self promoting and why I do it. (Short version: I don't make much money but what I make is almost all discretionary, and when I am working long hours as a househusband, paid promotions make far more sense than any kind of "real" self promotion that would take me away from my family.)  However, there are a few specifics of Facebook and recent activity worth mentioning. Two things are coming into play here.

1) Stumbleupon couldn't find their ass with both hands. I literally asked them to take my money, and they blew it. I was doing promotions there for a while and things were going great. Then they rolled out some new "beta version" and all my pages started getting an error message about "referring pages." Three times I tried to contact their help center by telling them I didn't even know what "referring pages" meant, and I would gladly remove it if they would tell me how. But they dropped the ball, didn't get back to me, and I can't prove this next part, but I think they kept taking the money I'd set up to autopay each day while not actually promoting my pages--like there was nothing wrong with their BILLING end.

So my Stumbleupon budget (as modest as it is) has gone to Facebook. Mores the pity if you can't even be bothered to tell me what I need to do to hand you money.

It's been a big hit on my numbers not to have that consistent guaranteed number of page views. Facebook general promotions work on my PAGE not on my blog. So I have been using that budget to promote specific articles.

And specific articles are hit or miss. Some articles do incredibly well and some are crap. That's why instead of holding steady at around 1500, lately I've been having some days at barely 1000 and others at more like 2000.

2) Generally, I don't exactly get "paid" for being a househusband,  but the amount I can fritter from the house accounts without anyone complaining goes up the more work I do. Think of it a little like overtime. There's been a LOT of upheaval lately that has meant I'm pitching in a lot more, so I'm getting a lot of "overtime." My retirement's coming along. I have dental and vision. I don't want a lot of THINGS....so I like playing with promotion parameters to see how to maiximize my reach without skeevy clickbait titles.

The kind of high octane work I've been doing impacts my writing. You've probably noticed my "good" articles are a little thin these last couple of months, and I've been jazz handing a lot, and I even announced that I'd be taking weekends off this Sunday until things stabilize a little.

I would totally prefer to be writing more and working a little less and getting my hits from slamming out good, high quality posts, but I can't exactly control when a 17 month old is going to take a nap, teethe the next day, or whether he is going to sit still for Sesame Street or demand attention. Right now this is just how things are going as we try to figure out child care and housekeeping accommodations with Uberdude and The Brain working full time. So I am working 40-50 hours a week before I even go to teach on Wednesday nights or write so much as a word.

It's temporary, but for now, it is what it is. (And that is a bullshit expression I do not bandy about lightly.)

However it does mean that I can at least make up for lackluster post numbers and a flagging post schedule by promoting some of my "greatest hits." I'd rather be writing for an hour but a twenty dollar promotion is a reasonable substitute. That's what you've been seeing lately on Facebook. Some of that extra money I'm making watching The Contrarian being filtered into building an audience. It's sub-optimal, but at least it's some consolation.