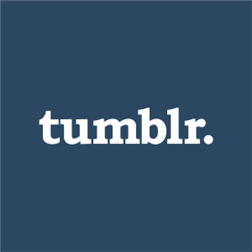 Writing About Writing is now on Tumblr! I'll be updating my Follow W.A.W. tab to include it in a week or two, but my existing readers get the first crack at feedback and knob adjustment. (Hur hur....knob adjustment.) Plus, I've never been on Tumblr before so it may take me a bit of time to get adjusted to the ebb and flow and site Netiquette.

So...on my Facebook page most people will not actually see most posts. A given post is shown to 20-30 of the page's nearly 14,000 followers. Or roughly 1/4 of one percent of those people who WANT to see. (Does that seem right to you?) My die hard fans might set the page to notify them when it updates or stop by periodically, but most people actually won't see my posts anymore. Post engagement (likes, shares, comments) seem to only add five or six more views each. And when I saw what had become of my Facebook generated blog hits, a single tear rolled down my face. But it was a manly Aragorn-just-watched-Boromir-get-triple-penetrated-by-orc-shaft kind of tear.

That is FB's new way to try and get page administrators to pay money to be seen by more people. It did not have the effect that Longshanks profit grubbers intended. What it actually did was make me take my money somewhere else and then look for a new place to put the content that I provide that makes them so popular.

Seriously, I want to lead a Facebook rebellion. I want Facebook to become a desolate wasteland of promoted posts and your friends' weird right-wing, Fox news rants. I want to overthrow their oppressive rule, yell "freedom" when they black out the posts I want to see, and throw a sword.

I really want to throw a sword.

You have fled from Myspace. Now flee with me!

Most of the content between Tumblr and Facebook will be identical, so if you're on both, you may find yourself looking at a lot of redundancies; however, I'm not putting quite as many of the images to Tumblr. Facebook has throttled their content to the point where most people don't see most posts, and Tumblr doesn't do that at ALL to my knowledge, so I'm focusing on quality over quantity on Tumblr.

And did I mention GIFs?

I do, however, give you one word of warning.

Facebook does have one sort of "advantage" over Tumblr. I can split myself into facets without having entirely separate accounts. I have my Writing About Writing Page, and I have my personal FB account, and I can just switch between them. People who are there to get their grammar memes and "your" vs "you're" snark don't have to put up with my thoughts on anything but writing. Unfortunately, Tumblr just has one long stream.

Here at Writing About Writing, I try focus on the writing. And on my W.A.W. FB page that's true too. Now anybody who's been paying attention surely knows exactly where I lean on certain issues--based on anything from the fact that I still won't see Ender's Game, to the subject matter of some of my fiction, to the type of polls I'm always running, to the books I review, to the other blogs I write for, to my actions on public transit that are the subject of my most popular post.

But I'm following people like Wil Wheaton and Veruca Assault (among others) on Tumblr, and you can expect that I may reblog some of their posts from time to time. While I'll try to keep things clear of partisan rancor (which is really bad here in the U.S.), outright political rhetoric and uber esoteric geek fandoms, if you don't want to be more directly exposed to my progressive social values, social justice causes like "that uppity feminism crap I'm always on about" (thanks Anon--hateyousobad!) as well as my various geek fandoms, you may want to steer clear of Tumblr. Turns out when I'm not blogging about writing, I'm kind of a feminist geek.

If you're okay seeing the occasional post that guys should be capable of not raping women no matter how short the women's skirts are, bigotry isn't something awesome that people should be allowed to feel as long as they aren't burning crosses on people's lawns, and ten year old can't-let-it-go Firefly jokes, you should follow me right away.
at April 22, 2014