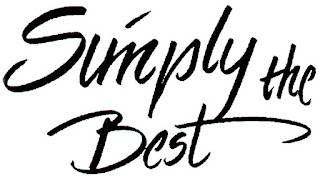 When you see me next (on Monday) two major things that have been in the works for a while will be rolling out like the Autobots after Bumblebee discovers some energon. Well, technically three–I have a shit ton of half finished articles at this point and I just need the damned time to sit down and finish them.

But let's focus the two sort of "project" updates. Some of the "Best of" Menu stuff hasn't been updated since 2015 ended, and even though I've had some spectacular excuses in this shitweasle of a year, having that hang over me like the Unupdated Menu of Damocles™ has been "teh suck." Listing the best articles for a year isn't just a matter of going back and looking at their page views. There is a list of "best by month" list too, and as the best by year posts get plucked from the best by month list, I have to put in the "fourth place" articles for the month. It's not a tremendously hard thing, but it's time consuming and this year has been a landfill inferno (that's what happens when a trashcan fire is not enough).

The other project is a Patreon. I've been waiting for the new year so that if it did well, it wouldn't add further complexity to my 2016 taxes, and to put plenty of distance between it and my rather...um... Kickstarter self promotion. I'll have more to say about it when it goes live, but the short version is that if you want to contribute amounts as little as a dollar a month to Writing About Writing there will soon be a way.

I'll also be at my mom's until the 12th. I'm usually able to get some writing done there, especially since our schedules are a little off (I'm a west coast night owl and she's an early bird in Texas). Once I get back I'm FINALLY on the spring schedule I've been working so hard to get to.

*There actually might be a post tomorrow. But I was planning on finishing it tonight, and I just got tapped to do 4pm to bedtime (9ish) with The Contrarian, so that's how it sometimes goes around here. One of these days when writing is a better paying gig than...well literally almost anything else, I won't have to snap up every opportunity to make some dosh. Oh who am I kidding, I love that kid and would probably do it anyway. Besides, it's good to see him one more time before I head to my mom's for several days.

But let's get on to December's Best, the three articles that will go on to world renown and immortality:

Looks Like I Picked the Wrong Week to Stop Doing Amphetamines (Personal Update)
December has been so so so so so so much better than the rest of 2016 for me as a writer, but sometimes there's still just too much going on.

The Not Writing Part
When you want to write for money, there ends up being a lot of parts of your job that aren't actually writing.

Major Housekeeping (And the reason why)
This month kicked off a lot of big changes for me as a writer.

So the three articles that actually did the best this month weren't from this month. As is detailed in the "Major Housekeeping" update, several posts were moved here from the Social Justice Bard blog before it shut down, and they actually did better than any others even though they were technically older reruns. Here are the best of them.

On Guns and Mental Illness and the Stories We Tell