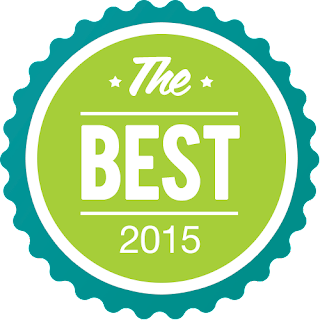 No, you're not reading that wrong. This is the very long overdue best of two years ago that, because of the horrific life circumstances of 2016, just kept getting postponed for longer and longer. The 2016 one will becoming in a few days.

This is also only the first step in my annual update of The Best of W.A.W. Every year I list the top ten articles of the year, and the top three articles by month on top of that (not including those best ten). Well, as you can probably guess, every single one of the best ten was also it's month's best article (or maybe second place too), so that means I also have to go back and "replace" each of these with the FOURTH (and fifth) best article of the month before the entire set up is squared away for the year. I'll probably do that tomorrow.

Maybe it's the fact that my numbers are so, so much higher now, but 2015 seemed a dismal year of low pageviews and a long slog just to keep from losing too much ground. Though the worst of cancer and life reorgs and moving had not yet revealed itself, many of the precursor problems had begun to show up (unknown for their true nature) by the end of the year, and The Contrarian was just learning to run rings around us if we looked away for even a moment.

A few gems managed to shine through, even if they weren't as spectacular as the years before and haven't had the reception of more recent posts. So without further ado here they are:


Helping The Purple People (How Privilege Changes The Story)
One day in the grocery store, I noticed that I wasn't being treated in the same way as another patron...

The Trope Skinny
Our evil mystery blogger drops some horrible sage advice about how to add tropes to your writing.

The Dangerous Intersection
This might be a metaphor. Maybe

A Year of Diverse Authors (Cue Literary Frenzy)
Remember that time that the suggestion that someone could spend one year reading women OR authors of color OR LGBTQIA+ authors and the internet raged for the cis het white authors? Pepperidge Farms remembers.

15 Things A Very Cute Toddler Taught Me About Writing (Part 1)
The best advice is sometimes the most basic.

Why Do I Hate NaNoWriMo? (FAQ)
I got really tired of answering this question every time I had anything that wasn't adulation heaped on Nano, so it went into the FAQ.

Terry Pratchett and "Real" Literature
I'll never fully understand why anyone tries to take a crack at a popular author who they haven't even read, but here's my response to one who tried.

Controlling the Narrative: A Case Study within Baltimore
Close attention to where the story starts, where it ends, and what language gets used can reveal a disquieting relationship between facts and truth.

On Sister Act II and How to Know if You Should Be a Writer
This favorite clip among hopeful writers is actually almost always misquoted and says something a little different than it's given credit for.