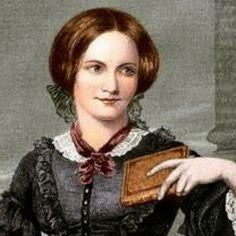 Two months ago, I casually started taking nominations for a "best heroine" poll I thought would be dying down by late February. The names flooded in. Too many for a single poll, and even too many for a poll with semifinals, we had to do quarterfinals just to narrow down the options enough for a single, large final poll.

This is that poll.

Our poll is ten names. Each of you will be given four votes. Please remember that there is no "ranking" system for votes so each vote you cast beyond the first will "dilute" the power of all the others. You should vote for as few as you can bear to.

Since it's already late April, this poll will stay open into May even as I collect nominations for whatever our May poll is going to be (suggestions welcome in comments). However don't tarry–this poll will close on May 13th.

One reminder that I always need to put on our more popular polls. This poll is about books. It is not about movies. There have been some great movie adaptations of almost all of these titles, but stick to voting for the BOOKS. This may go well for characters like Eowyn, who were given less agency in the movie adaptation, but try not to let a mad crush on Emma Watson after her U.N. speech influence a vote for Hermione.

Since I can't really stop shenanigans, I welcome shenanigans all flavors. The main one is of course that Polldaddy tracks your IP for a week so you could vote from multiple computers or vote again after a week, but people have also enlisted friends, family, and even author sub Reddits or Facebook communities to join in the fun.
at April 22, 2015