Why I'm a Social Justice Bard (Not Warrior)*

"There you go again, scop," the grizzled warrior spat, joining us at the hall's feasting table, "wasting time talking to the enemy that would be better spent burying your battle axe in their sternum."

"Your little fencing sword...toothpick thing--whatever it is," he said waving his hand like someone might to dismiss a servant. Maybe stick it someplace....soft."

"Don't need to tell me that," he laughed. He reached for a leg of meat bigger than my head and a flaggon of frothing amber who knows what. "If you were half as fast flapping that toothpick as you are flapping those lips of yours, we'd have won the day already."

"Yes one more warrior would make all the difference in a war against a billion trolls. I'm sure that's true."

"See what I mean warriors? His tongue is sharper than his blade!"

The table erupted into belly laughs, and I felt a flush rising up my neck.

"You know..." I gritted. "I didn't see you complaining when I convinced Veknus the Troll Captain to quit the field or rallied that apathetic village on The Selnie River to give us three dozen more spearmen for the sheltron."

"That grangy weasel trades with us now," I said. "His backchannels were the reason the supply line didn't completely collapse when the trolls hit our flank last summer."

"Ah we'd have found someone else. Who needs that guy? He's a shitty ally."

"No, he was a shitty ally. That's what I'm telling you. No one expects you to hold your sword in the thick of battle--your very life is being threatened, but sometimes dead is just a little less....useful to us.

The warrior didn't say anything but grunted and buried his mouth in his leg of...whatever it was.

"And you were awfully quiet when I talked Lord Whisperwind into committing her forces because I convinced her we would have her back and she would be safe. And I seem to remember that the entire third legion was brought up mostly from people who used to be troll sympathizers but have been listening to my tales for years now."

"Hmmmmm...." the warrior said, stroking a beard he hadn't noticed was wet with ale and grease.

"And when you sashayed into Plindezdu'um with the 'blood of a hundred trolls' still drying on your axe, you sure didn't seem to mind that the local youth had already heard of your daring exploits. I didn't once hear you correct them to mention that it was actually more like twenty-three...."

"Or a bunch of them were burnt from that fireball I threw before you got to them. I mean I know it would be shitty to make the story about me..."

"And let's not forget that Erica never would have agreed to be your shield sister if I hadn't insisted that you were a worthy combatant who was just no good at fighting giant spiders yet. She thought you were a shitty ally."

"That's true," he said, glancing to his left.

"We need more than just warriors. We need healers to tend to the wounded when they've not done enough self care. Assassins to strike hard and fast at the heart of their ranks from the shadows of the enemy strongholds. Magic users to flip our perceptions and change the rules of the whole conversation by making us look at the whole world differently. Barbarians to completely lose their shit and frenzy. And even bards like me to try and figure out the best tool for the job and at least try diplomacy first."

"Plus it's not like I don't dive in the minute they draw blood. Remember that fight against fifteen of them for six hours on the K'Casian Bridge. That was all me, baby. Fifteen hours. All. Me."

"All right Bard. All right," the warrior said. "You made your point." 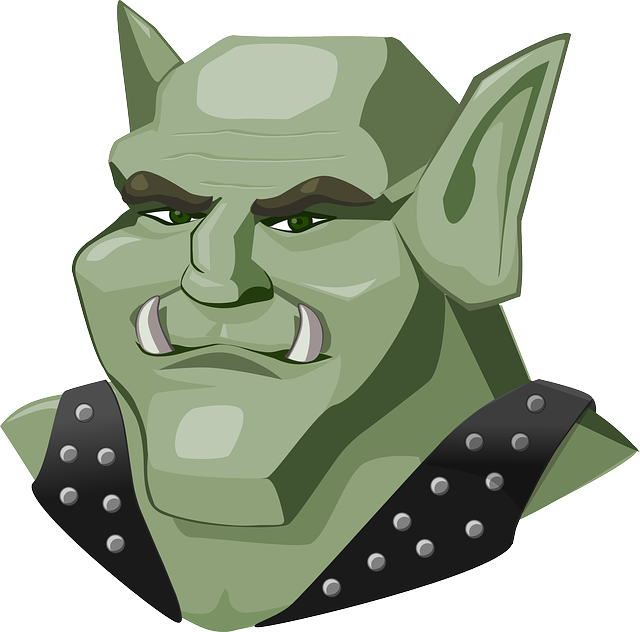 Fighting the troll armies is nothing short of a lifetime of struggle for minimal gains. There are billions of them out there, and in a lot of places, they've managed to convince the world that they're the good guys, or at least that things would be better if the resistance laid down its arms. There are contested borders. Diplomatic quagmires. Reluctant allies. And don't even get me started on decent people who have just fallen for the enemy propaganda. But we fight anyway because some day the Troll world order will collapse.

For a lot of people it's a pretty clear cut fight. They grab something–preferably with a sharp edge or a lot of weight–and swing it at the nearest troll's head. The crunchy splatter is a grim consolation but at least the thunk can be satisfying.

You can't blame people for the way they fight first and ask questions later. To them it's not a diplomatic struggle or an intellectual exercise. It's their lives, their families, their humanity. Trolls have razed their homes and oppressed them for centuries–even millennia. If they negotiate, they are betrayed. If they take allies, they are forsaken. If they surrender, they are enslaved. There is no escape from their oppressors and no out but through, and so they fight like warrior poets against impossible odds. There is no reason they should not be enraged. There is no cause for them to parlay in good faith. There is no sense in staying their hand. Not I nor a million wiser would hear their stories and think they should be an iota less ferocious, give quarter, or consider the fanaticism of their tone. After a thousand years of oppression, a troll telling them they can catch more flies with honey is just a pawn of the system that has subjugated them for generations. And many of them are so hopelessly entwined with that system that they don't even realize they're fighting to protect it.

But we can't all be warriors. Others have other strengths, and fight in other ways. That's where I come in.

Not a lutey flutey bard, mind you. I tell tales. I convince people that their alliances to the trolls are based on lies. I talk of the horrors the trolls have inflicted. I expose the troll misinformation campaigns. I talk troll sympathizers into reconsidering their stances. I convince the apathetic that it is not some distant war on distant shores that doesn't matter to them. And for some reason (that I assure you has little to do with my charisma) I can be pretty good at it.

But there's a reason that even telling the night's campfire story, safe behind resistance lines that I can inspire. I can reflect the tragic glint, the moment of pause, in the troll general's eye. I can convey the hesitation in a reluctant ally. I can convey the long pauses and lip chewing of a stalwart troll ally suddenly seeing for the first time in action my tales of how the system oppresses. IF I am good at what I do, the reason isn't my charisma or my skill. The reason is that I listen to all the stories.

It is an act of radical empathy to listen to those who are oppressed rather than take the word of their oppressors that they are exaggerating, lying, and playing the victim for their benefit. To simply let an oppressed villager tell you their story and not let the Troll interrupt and explain away each injustice as justified is itself a bold action of rebellion. The trolls would have you listen to their versions: the righteousness of their cause, the inevitability of their dominion, and most poignant of all: that the struggle against their regime is far far worse than the dominion itself. They would have you ignore their oppression and the incremental but aggregate damage. And if you won't be active in the subjugation of those they oppress, they will at least convince you that stability and peace are more important than justice. At least hate the oppressed who dare to rock the boat and question the Troll world order.

But I would not have a point with which to connect to the trolls and their allies if I didn't listen to the trolls' stories as well. That moment they felt oppressed. That place where the world is not fair to them. That time they saw the system being unfair in a systematic way. Those are stories I need to make compelling characters out of those they oppress. That is what I need to help them see the humanity in those they have been socialized to see as purely inhuman. I can't shut my empathy off just because someone is a part of a harmful system.

I also have to understand the arguments to argue against them. Not cruel, twisted mockeries of the arguments made from deep inside the resistance strongholds to be countered tidily as drunken sport, but what they actually say and actually believe. I have to be able to make their points at least as well as they do if I am to dismantle them, to counter them when they come up in a way that no drunken counterpoint would ever do. I must do understand their points even though it infuriates those who consider even taking the time to listen as a weakness.

I respect the nuance of the day to day interactions, and how banal they seem to the trolls who do not view them against the backdrop of oppression. I must. For while I understand the passion of the oppressed, I must convey that passion to those who see it as pointless histrionics. I must convince them that the passion is justified in a way that more passion simply never will. I must remember the sacking of their temples seems like an unprovoked affront if they do not contextualize it against a thousand years of exploitation. And when the paladin's righteous fury calls for extreme measures, I must be willing to anger those on my own side by admitting that there are some times we go too far.

I cannot do what I do if I draw a line, and declare everyone on the other side an enemy always and every action by everyone on our side justified always. I cannot be strong, in the way that I am strong, if my respect of nuance is considered a weakness. If you slap something sharp in my hand and tell me to fight all declared non-grata, and further tell me that I am with you or against you and my negotiations are treasonous, you'll never get the best of me.

I know this all too well. I know it because  I was born in the troll capital, a noble of great privilege among my people, and I spent 3/4 of my life ignoring troll oppression while I called for reasonable discourse. I changed, but not for the help of someone with patience, tenacity, and a silver tongue.

The cause we fight is righteous, and I'll draw my sword and fight when diplomacy fails, but I know all too well that the trolls we fight are so very, very human.
at April 17, 2015