The Dreams of a Blog 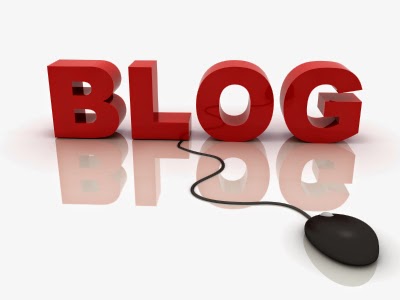 My blog discovered last night that the last day we got under 1000 page views was April 30th.

It looked up when I came into the room this morning, and paused Big Time by Peter Gabriel, which it has had on nonstop repeat since the first day we broke triple digits. "Did you know that I have hit 1000 page views every day this month," it asked me.

"This month is pretty young," I said.

"No, that's your baby brain talking," Blog said. "We're already a third of the way in."

I sighed. Every few days Blog has some new bellwether that we've "never hit before." It's this traffic for the day or that traffic for the month or those weekly hits or these total hits. Or X amount for a month. Or Y amount for a ten day period. Or Z amount for the first 24 hours of a posting made after 6PM on a Saturday night.

"This could be the first month ever I don't drop below 1000 page views.  EVER!" it said. "Do you realize what that means?"

"Didn't this just happen a couple of months ago?" I asked.

"No no no no," Blog said. "That was only a fortnight. And like the next day we only got 850 hits. We're going to break that record in a couple of days–which is awesome, don't get me wrong. But this would be whole month."

I stared at Blog, my mouth half open.

"Nope," Blog said. "Thirty consecutive days maybe, but not a named month. You posted it on the 12th of July so naturally there were days before that were less than 1000, and by the end of August it had died down just enough that you dropped into the high nine hundreds a couple of times. This would be the first month!"

"On average," Blog said. "But the total doesn't reflect each day. There were some 800 days back in March. There was even a 750....God what a horrible time. I don't even like to think about that. But fortunately there were some 1300's to even things out. We've never done this before. This would be the first!"

I looked at Blog, hoping this was some kind of ironic joke, but knowing it wasn't. Still, I clung to hope. "Isn't it a little early to be excited about something like this. I mean there are like 20 days left in May."

"WE CAN DO THIS!" Blog said. "I have faith in us. I've been doing my exercises in the mirror and I know I'm good enough and strong enough and I can be entertaining enough. Gosh darn it, people like me!"

"I made a mix tape of motivational music," Blog said. "It starts with a hip hop pop dance version of C&C Music Factory's Gonna Make You Sweat (Everybody Dance Now), which I figure is appropriate since you're the one that actually has to write the entries. Gonna make YOU sweat, Chris. So I can break a record."

"This cover is hip hoppier. And dancier. And 84% cooler."

"You know, I could just shoot myself," I said. "Posthumous hits are bound to go on for at least 19 days."

"Whatever works," Blog said cranking up the volume. "Just don't let me down."

"EVERYBODY DANCE NOW!" Blared at volumes that hadn't been cool since I was in my twenties (and even then only on MDMA). Blog started dancing.

"I don't suppose you care," I shouted over the music, "that I'm having a major existential time-management crisis? Cleaning up the baby poop is making it very hard to find the time to write."

"What?" Blog yelled not turning the music down. "WHAT??  You want to play the video game Time Crisis until your poop turns white? Um...okay, but come back when you're done to fill me full of new and interesting entries. I try not to judge."

I walked out of the room muttering something about hating all fucking anthropomorphized aspects of creativity.

Anyway, the reason I'm telling you this story is so you know if Blog starts to behave a little strangely--putting things up late in the afternoon or posting twice in a day--it's probably trying to make May turn into the first month ever Writing About Writing never drops below quadruple digit page views.
at May 11, 2014