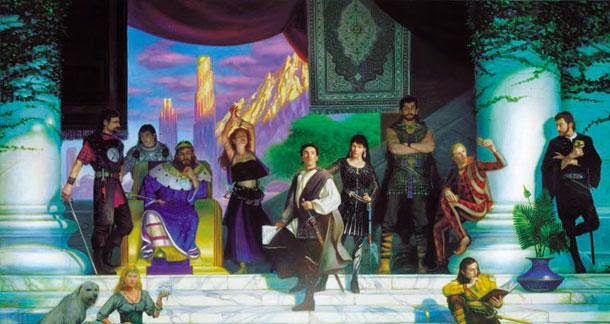 What is the best fantasy series?

It's time to vote in Round 2 of the Semifinals to see who will be going on to our final round for the best fantasy series.

Thank you for everyone who voted in round one of the semifinals. The winners, who will go on to our final round are:

Now let's see who they will be up against! Your choices are...

The poll itself is at the bottom left of the side widgets. It's long and black. Everyone gets three (3) votes. The top four books will go on to our final round.

Remember, because of a quirk in Polldaddy (the polling program) it can only hold your IPS addy for a week, so if you vote early, you can technically get in a second vote. We will combine the winners of this poll and the last poll to form the final round poll in two weeks.

Also, please be aware that I have all but been promised another round of "ballot stuffing" by our mischievous Pratchett fan, so if you want to see your beloved series do well, you might have to put this poll in front of some fan pages and galvanize support.
at May 27, 2014